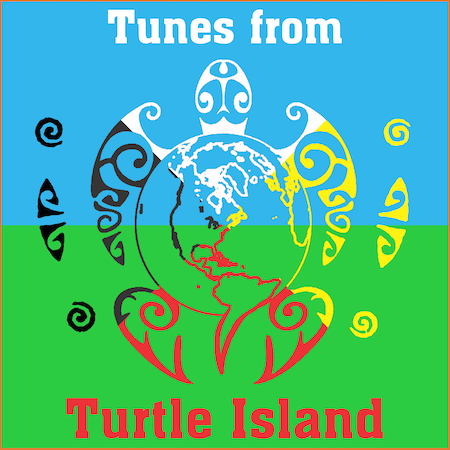 As far as I know Tunes From Turtle Island is the only European radio show to exclusivity promote the indigenous musicians, bands and sound artists of North America. It is broadcast in Europe by 4 stations in 3 countries every week. Austria, Italy, and the UK. I play all genres of music from hip hop, rock, jazz and blues through to traditional, country, folk and more. From the first period of recorded sound, right up to the present day. I also include news articles on environmental destruction, social and human rights issues impacting on the indigenous communities of Turtle Island. Originally inspired by the Standing Rock protests of 2016/17. Whilst watching videos produced in solidarity with those protests, I heard a number of bands and artists that I hadn't heard before and decided to delve further into the indigenous music scene of N. America. I found a treasure trove of music (but also a huge amount of info on one of the most marginalized peoples of North America). I started to put together a show featuring only indigenous artists from North America (Canada, the USA Mexico and Greenland), and so the Tunes From Turtle Island radio show was born. First broadcast on Resonance FM in the UK in 2018 it is now on FM stations in Italy and Austria and streamed in Spain. My primary motive for making Tunes From Turtle Island it to introduce more people in Europe to the amazing music coming out of Turtle Island, as most of the music I play has not been heard here before. I also want to shine a light on the environmental and social challenges that these communities face in everyday life, as that is not mentioned by the press here at all. My modus operandi takes its inspiration from the legendary UK DJ John Peel and I play all genres of music side by side. I'm really happy to be a part of Pantheon - the podcast network for music lovers.