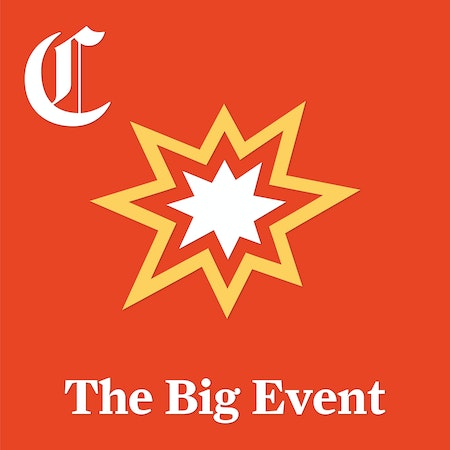 A San Francisco culture podcast featuring celebrity guests, non-celebrity guests, personalities from the San Francisco Chronicle and a celebration of Bay Area life. Hosted by culture critic Peter Hartlaub and columnist Heather Knight and recorded on the streets, hilltops, parks and landmarks of San Francisco. The pair's focus on the whimsy and wonder of San Francisco began in 2018 when they rode every bus, train, cable car and street car in the city in one day. They believe in highlighting the eccentric characters, independent bookstores, burger joints and bars that make the bay so great.

TV & Film
Society & Culture
Comedy

201
“Moneyball” - SF Cinema Greatest of All Time
Chronicle A's beat writer Susan Slusser and pop culture critic Peter Hartlaub induct "Moneyball" into the SF Cinema GOAT hall of fame.
48 min
202
A Bay Area story: The hardware store and the fire
A Santa Rosa family lost nearly everything in the North Bay fires - but at their neighborhood hardware store, gratitude and empathy prevail.
7 min
203
Chronicle ranks the It’s Its
The It's It is a San Francisco classic, dating back to the early 20th century. But they recently added a pumpkin spice and green tea flavor. We rank the It's Its from best to worst.
32 min
204
Greg Proops interview
The Big Event welcomes Greg Proops to the basement archive studio. Proops grew up in San Carlos, came up as a comedian in San Francisco, and gained fame on "Whose Line is it Anyway?" and his Smartest Man in the World Proopcast.
57 min
205
"Zodiac" - SF Cinema Greatest of All Time
The Big Event inducts David Fincher's 2007 movie "Zodiac" into the podcast's SF Cinema greatest of all time hall of fame.
37 min