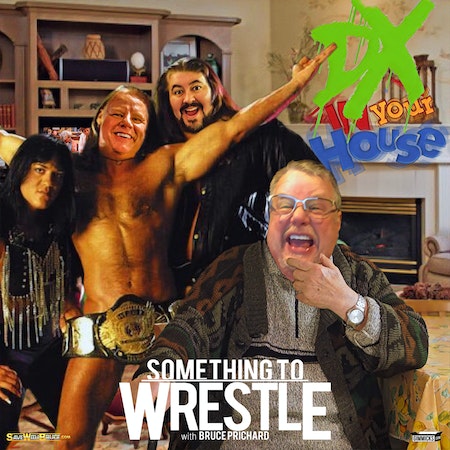 Something to Wrestle with Bruce Prichard

If you've always wanted to know what the real story was behind some of wrestling's biggest moments, Something to Wrestle with Bruce Prichard will finally give you the real answer. A terrific storyteller, Bruce has done and seen it all and now he's going to share it all with you so sit back and be ready for a wild ride! Join Bruce and his partner in crime, Conrad Thompson as they take you through the WWF's expansion in the 80s, Houston Wrestling, the challenging early 90s for the WWF, the GWF, the Monday Night War, the 2000s in WWE and TNA and so much more! Jump in Brother Love's DeLorean and go back in time as Bruce and Conrad pull back the curtain and take you inside some of wrestling's most outrageous, controversial and fascinating moments. Exclusively on Westwood One Podcast Network, Fridays at 12pm Eastern.