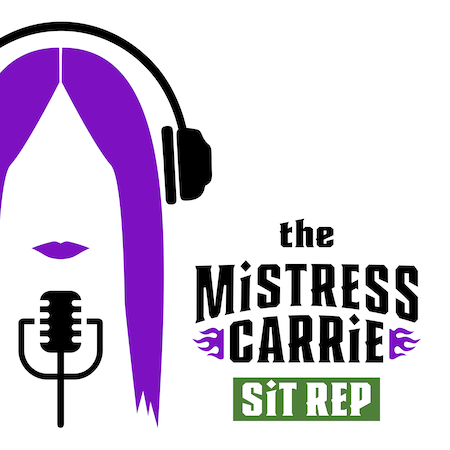 Mistress Carrie, host of the Mistress Carrie Radio Show, and Cocktails in the War Room, hosts this weekly podcast featuring interviews with up and coming artists, bands that you already know you love, backstage antics, lifestyle topics like travel, motorcycles, tattoos, and skydiving, plus she continues her extensive work with the U.S. military, veteran's community, and first responders. You never know what she's going to be talking about next! If Mistress Carrie thinks it rocks, it's on The Mistress Carrie Podcast! Plus get all of your Rock News, Music Headlines, and Industry Info every weekday, with the Mistress Carrie Situation Report! A proud member of The Pantheon Podcast Network! www.mistresscarrie.com