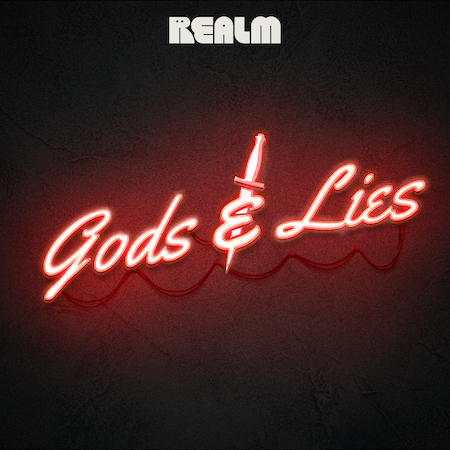 An investigator with a damaged reputation reluctantly teams up with a disgraced son of a Goddess to solve the murder of a mortal.

To crack the case, they venture into the underbelly of immortal society, make deals with demigods, and risk the wrath of the powerful to expose the truth. But the pursuit of justice is rife with danger, and if they aren’t careful, they could be next on the murderer’s list.

In this contemporary fantasy where humans live at the whims of Gods and Goddesses, accusing one of murder has disastrous consequences.

In Season 2, Justix Iris Tharro is back with another murder to solve— but this time, it’s Andy’s fate on the line. If she can’t prove he’s innocent of the crime, the Gods will have their vengeance.

Andymion Eriki, disgraced demigod, has been blamed for a murder. Actually, make that framed. He escapes from his immortal prison to plead his case to the only person he can trust: Iris. With only three days to find the real culprit before vicious beasts come for their heads, Andy and Iris must figure out which Gods they can trust, or they’ll both end up dead.

Gods & Lies is a Realm production, created and written by Elizabeth Vail. Listen Away.

Drama
Science Fiction
Fiction

1
Introducing City of Ghosts, starring Brigette L...
This week, we would like to introduce you to City of Ghosts, a podcast distributed by Realm.
18 min
2
Introducing The Co-Founder, starring Sunita Man...
This week, we would like to introduce you to The Co-Founder, a new show from Realm.
32 min
3
S2 E7 - Old Justice
A masquerade serves as a trap for the gods—and the guilty.
42 min
4
S2 E6 - The Spring of Forgetfulness
Proving Andy’s innocence isn’t enough to satiate the Grimmers’ appetite.
34 min
5
S2 E5 - Inside Man
Amidst the chaos, sparks fly.
40 min
6
S2 E4 - A Bitter Pill
While tracking down the source of the mind-erasing drug, Andy has a family reunion.
40 min
7
S2 E3 - Wine, Suspects, and Song
Iris and Andy visit a retirement home for the gods and, later, play a drinking game with the goddess of revels.
41 min
8
S2 E2 - Blank Slate
Accused of murdering a minor god, Andy resorts the Rites of Old Justice to buy himself time to prove his innocence.
36 min
9
S2 E1 - On the Run
Andymion Eriki, disgraced demigod, has escaped his mother’s prison. Only Justix Iris Tharro can find him...and even better, find out why.
41 min
10
Introducing Gods & Lies Season 2
Gods & Lies Season 2 premieres Fall 2021.
1 min
11
S1 E7 - The Sacrifice
Andy has an ace up his sleeve.
35 min
12
S1 E6 - The Price of Service
Only one goddess had the means, motive, and opportunity to commit the crime, and they’ve just walked through her door.
36 min
13
S1 E5 - Outlanders
Andy finally comes clean.
33 min
14
S1 E4 - Shadow of Death
Iris pays a visit to the death goddess’ temple.
47 min
15
S1 E3 - Black Market
Things go very wrong when Iris overplays her hand in criminal haven Greasetown.
44 min
16
S1 E2 - Making Waves
Iris pays a visit to the black market, and Andy consults with a nymph.
42 min
17
S1 E1 - Blood on the Altar
Justix Iris Tharro is an experienced investigator, but when the body of a young woman is found on the altar in the wind god’s temple, it looks like more than a simple murder.
41 min
18
Introducing Gods & Lies
Gods & Lies premieres April 1.
1 min