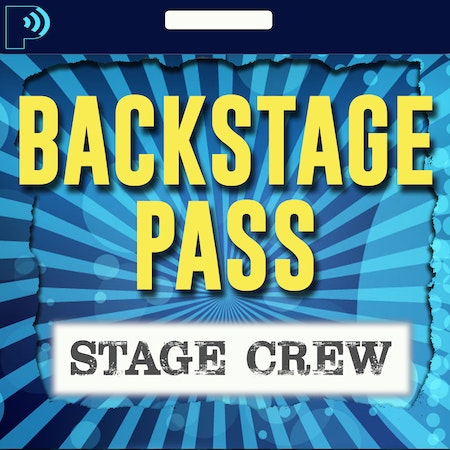 Backstage Pass is a series of six episodes that tracks the evolution in the early 70’s of an era when production and staging exploded in the ‘rock and roll’ industry.

Get your own Backstage Pass and go on the road to some of the biggest and most iconic ever musical events during that time.

Hear how the industry grew from the Moody Blues touring with two small trucks in the UK carrying all their equipment accompanied by just a handful of ‘roadies’ to Abba, the Rolling Stones and many bands and artists having multiple articulated or semi trucks on the road.

The growth was seismic - Abba’s fleet of trucks had ‘Abba bigger than Volvo’ emblazoned on the side - tours criss crossed continents, massive crews and endless road boxes and crates of gear and specialist equipment travelled by air as well as road and shows would take days to set up and take down.

With your Backstage Pass you will hear from some of those that were there. Their stories, told with warmth, affection and humour will tell you how they made it happen. You will also hear how some of the crew(s), went from being the archetypal long haired hippies dressed in blue denim to carve out long careers for themselves to become internationally recognised and acclaimed industry leaders in the field of stage lighting and production.

Whatever line they are now in, all are agreed that working with the lighting company was the ‘best apprenticeship ever’. They are waiting to share their stories so grab your Backstage Pass and join them.

Backstage Pass is a podcast mini-series produced by Chris Smith and Christian Swain edited by Jerry Danielsen and is a joint production with Pantheon Podcasts, the home for music lovers.

Music History
Music Interviews
Performing Arts

1
Episode 6: Where are They Now?
In this the final episode of Backstage Pass, our six part series telling the story of the development of rock and roll lighting and production in the seventies by those that made it all happen, we hear about the various crew members scattering to the four corners of the world and what they are doing now.
36 min
2
Episode 5: The End is in Sight
At the start of the penultimate episode of Backstage Pass, giving more than a unique insight behind the scenes into the world of rock and roll, you can hear about a band coming to blows, which was not unusual, doing the hard yards and making the deals,
29 min
3
Episode 4: Remember, Remember
In this episode, Backstage Pass lifts the curtain on how those from a theatre background bought their experience and expertise into the world of rock and roll, how life on the road wasn’t all glamour and glitter but was hard and gruelling with some bands a
25 min
4
Episode 3: Onwards and Upwards
In this episode, your Backstage Pass gives you a taste of Osmond mania, you hear from the man who was proudly to become the longest serving employee of the Rolling Stones, the arrival from the USA of monster follow spots called Super Troupers
24 min
5
Episode 2: In the Beginning
After riding an open topped bus with Paul McCartney, who opens up about the breakup of the Beatles, you will hear from those that set up ESP Lighting, the London company and about the early days when the visionary Chipmonck – the eponymous voice of the Woodstock Festival - came from the States to work with the Rolling Stones
26 min
6
Episode 1: Memories Are Made of This
It wasn’t all sex and drugs and rock and roll and we start the series with a look back by former crew members of a small London production company who were in the forefront of the development of the staging of rock and roll shows as they recall working with the Who, The Rolling Stones, Bob Dylan, Queen, Frank Sinatra, Diana Ross, Neil Diamond, The Osmonds, Donovan and many others.
42 min
7
Backstage Pass: Trailer
Backstage Pass is a series of six episodes that tracks the evolution in the early 70’s of an era when production and staging exploded in the ‘rock and roll’ industry.
2 min