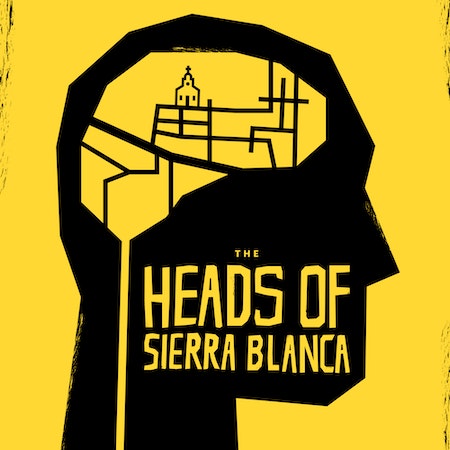 When it comes to Christmas, we all know the drill: big jolly guy, red suit, workshop full of elves, sleigh pulled by reindeer, and the dutiful wife standing off to the side. But what if everything we’ve been told is a lie? Hot Coco has been sitting silently on this lie for years. She dreamed up the whole shebang -- and then found herself tossed out like a stocking full of coal when her boyfriend at the time, Ari, christened himself “Santa Claus”. Ari stole the entire operation when things took off. He decided to ditch Coco in favor of a new and more proper wife...Carol. Things only get crazier from there as Coco tries to take back what's hers and save Christmas! The First Mrs. Claus is a christmas musical podcast starring Michelle Visage, Lewis Black, RuPaul, Kristin Chenoweth, Cecil Baldwin, Ross Matthews, Josh Peck, David Cummings, Ray Dalton, Camila Recchio and more.

Arts
Performing Arts
Comedy

1
The Heads of Sierra Blanca
40 min
2
Chapter 4: Yule Never Catch Us
24 min
3
Chapter 3: Ho-Ho-Home Invasion
19 min
4
Chapter 2: Elf You!
22 min
5
Chapter 1: The People Vs. Coco Claus
Under rigorous pressure from DICK (the Department of Internal Christmas Knowledge), Hot Coco reveals the truth about the origins of Christmas as we know it, as well as her own past with the man who became Santa Claus.
32 min
6
The First Mrs. Claus Trailer
This is a trailer for The First Mrs. Claus
2 min