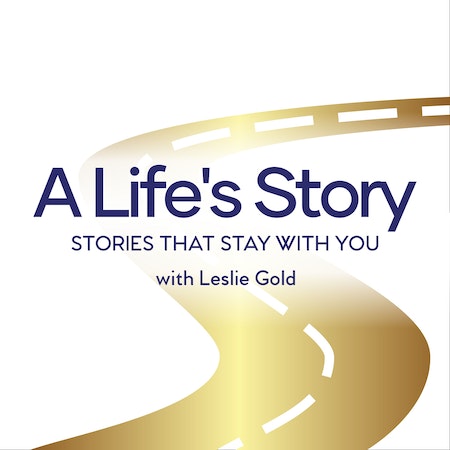 A 99-year-old WW2 veteran turned transgendered widow fights discrimination from the very government for which she fought. A 103-year-old goes to work as she has every day for decades. an 86-year-old woman waves her Senior Olympics medals at the medical community who wrote her off. A Holocaust survivor of 4 Nazi death camps endures unimaginable horrors yet rebuilds his life from being a walking skeleton to a life of happiness and love. These are just a few of the complex, moving and powerful stories profiled in A Life’s Story. A Life’s Story shines a light on the lives of special octogenarians, nonagenarians, and centenarians who have done, and are still doing astonishing things. Many have been participants in important chapters of history. Every episode is an intimate and remarkable profile, concluding with the insight that can only come from those who have seen it all. Produced and narrated by veteran NYC radio host and master storyteller Leslie Gold “The Radiochick”, in partnership with Jam Street Media/Matty Staudt.