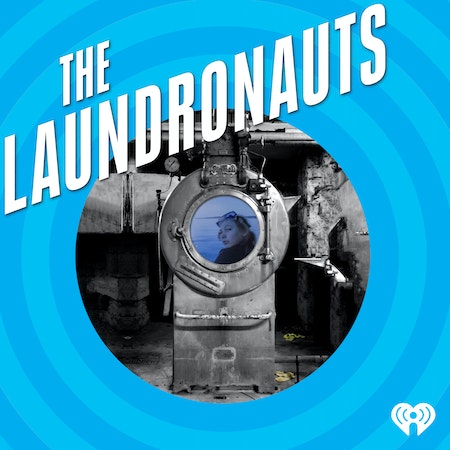 The Laundronauts: A Potentially Untrue Tale Based on Actual Events: A fantasy adventure podcast series that answers the question: Where do the missing socks go? Episode One of this modern day fairytale launches February 28th and boasts 10 episodes, 12 original songs, and 5 hours of ear-to-ear entertainment. Written, directed, and executive produced by Colin MacKenzie Mitchell, the show stars the late great Ed Asner, in one of his final performances, and John Cameron Mitchell, creator and star of Hedwig and the Angry Inch. The production is a collaboration between IHeart Media, Noel Brown, lead executive producer, and Mitchell's own company, Little Brother Sam Productions. It's a story unlike any other for adults and children alike. Tune in. Close your eyes. You won't believe your ears.

Fiction

1
Chapter Eight: "A State of Cataclysmia"
Hoodwink appears in Absentia aided by Charlie Evans
33 min
2
Chapter Seven: "In A Goddess Da Vida"
In Absentia, Jonica, JD and the Socklings attempt to figure out what to do about Hoodwink
34 min
3
Chapter Six: "The Mind of Charlie Evans"
The Laundronauts prepare to explore Charlie’s dreams
32 min
4
Chapter Five: "The City Of What The"
Perry escapes Absentia with Jonica’s help
32 min
5
Chapter Four: "As Dreams Are Made On"
Sludge asks Perry to join him in his plot for revenge. Perry rejects him and barely escapes
34 min
6
Chapter Three: "Mount Perry"
The Laundronauts get busy trying to rescue JD
36 min
7
Chapter Two: "Project Raisin Sauce"
In 1930’s San Francisco a boy named JD Belzell is shoved into a washing machine by a bully named Charlie Evans and vanishes
32 min
8
Chapter One: "In Absentia"
A modern day fairytale that answers one of the great mysteries of our times: Where do the missing socks go?
33 min
9
Introducing: The Laundronauts
1 min