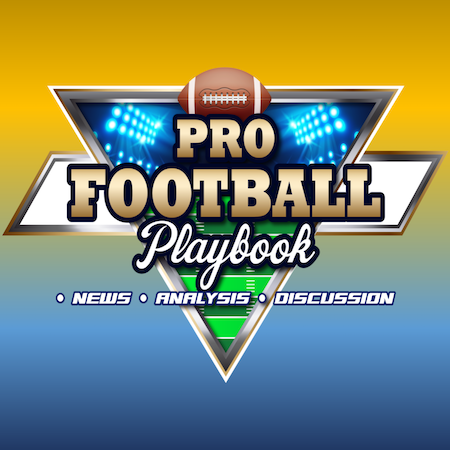 The Pro Football Playbook Podcast is hosted by experienced sports journalist Bill Alvstad and football analyst Keith Myers. The show provides year-round news, discussion and analysis on all 32 NFL teams as well as a deep focus on the NFL Draft. The Pro Football Playbook is produced for the acclaimed Pigskin Podcast Network as well as strategically partnered with the NFL Mock Draft Database website and features discussions around the proprietary Mock Draft Simulator they developed.

Bill Alvstad has 10 years of Podcast Hosting experience with over 300 shows produced during that time period. He is a lifelong fan of college and professional football, and 20 plus years researching, writing and discussing the NFL and the NFL Draft. The last 5 years he has produced and hosted the Seahawks Playbook Podcast and creates and edits the Seahawks Playbook website. You can find Bill on Twitter @AlvstadNFL

Keith Myers is the Co-Host of the Pro Football Playbook Podcast. Keith has extensive experience as an editor, writer and podcaster. Keith has decades of experience studying the NFL Draft, the salary cap, scouting, film study and roster construction. He was the founding editor and writer at the Fansided Network’s 12thManRising website. His work has been featured at 12thManRising, the Seahawks Playbook website and podcast, as well as nationally for the Bleacher Report, NFL Spin Zone and elsewhere.

Keith has appeared on more than 270 consecutive Seahawks Playbook Podcast episodes and has guest appearances on dozens of other podcasts and radio shows. in addition, he has authored hundreds of published articles. You can find Keith on Twitter @MyersNFL